Welcome October! It’s almost time to say GOODBYE 2015! I hope your 2015 journey has more ups than downs. Nonetheless, we have 3 months left to make it the most awesome year ever!

I believe that experiencing the journey is as important as reaching your goal. It is important to celebrate little victories along the way.

Let me share a short story. As you may know, I recently went on a 2-weeks “hardship hiking and camping trip” to exotic outer Mongolia. One item on the itinerary was to climb up a 900 metres sand dune. A 900 metres hike is pretty easy on a mountain but it’s massive work on a sand dune! If you have not tried climbing a sand dune before, let me tell you – it is one step up and two steps down. The soft sand sinks with every step you take; it is major quads, hams and balancing effort to keep yourself upright against the steep sand dunes. To actually make progress on the soft sand, I not only need to have the strength but also to double my speed to prevent myself from climbing on the spot like a silly girl!

Halfway through the climb, I was thinking to myself – Why did I put myself through this? Why am I paying so much money to torture myself? Is the scenery at the top really that awesome? And how am I going to get down later???

I toyed with the thought of going down mid-way. And then, I saw my friends waiting for me at the top, waving at me and cheering me on with big smiles on their faces. That was when I realised that they were so happy because they have won (not because they were at the peak). They had won the fight against themselves. They persisted despite sliding down again and again. They were so pleased with themselves for not giving up.

And so, encouraged by them, I took every step up as a little victory. Slow and steady, I ascended and reached the peak (see picture below). 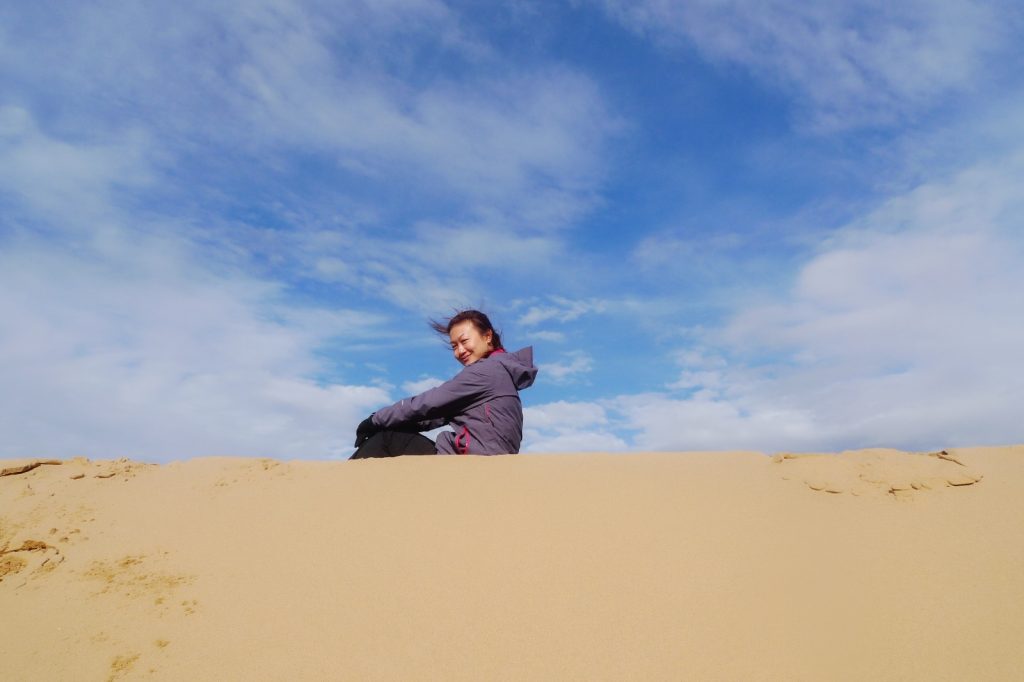 Every step is important – no step is ever wasted. It is not just about meeting our goal; it is about believing in ourselves and that we can achieve anything as long as we keep trying.

Only he who gives up is defeated. Everyone else is victorious! ~ Paulo Coelho

With this, I would like to encourage you to attend at least 2 Pilates classes a week at Pilates Fitness. Redeem a bonus gift from us at your second class of the week between 5 October 2015 to 31 October 2015. We have new prizes for you every week.

With the haze saga still brewing strong, exercising indoors is the best way to keep yourself toned and aches-free!

Yours in health & fitness,

May 16, 2020
Balance is important to our everyday activities and it keeps us from falling down and injuring... more»